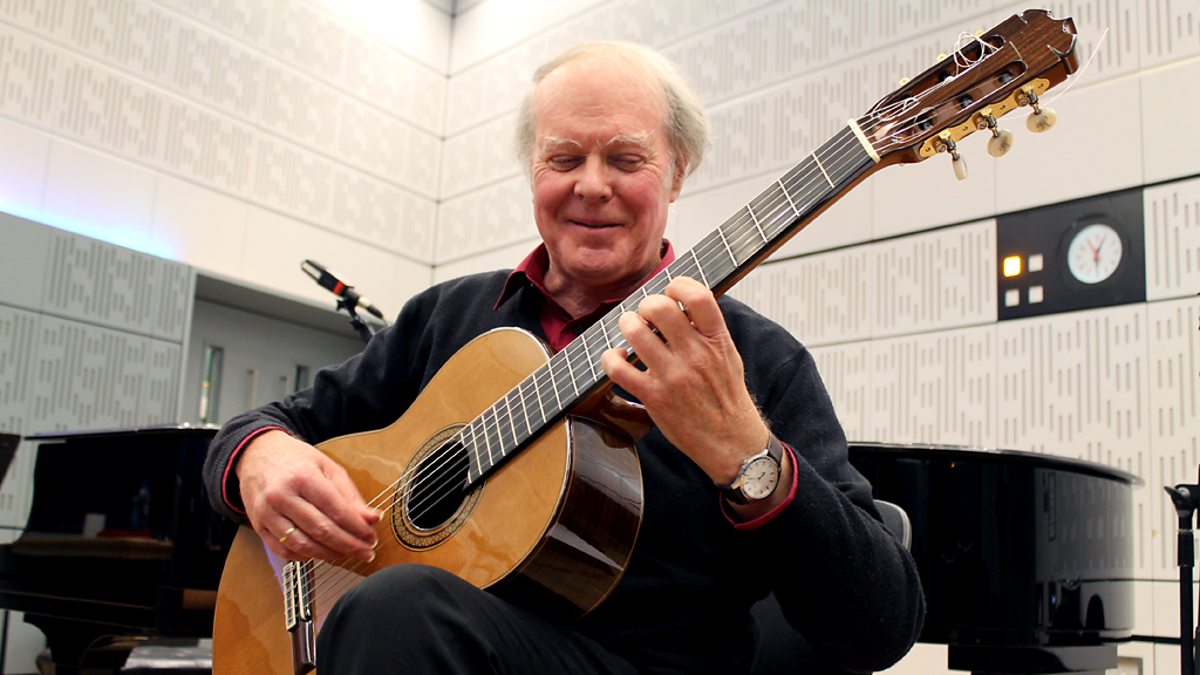 The Music Room on Red Lane in Limpsfield is re-opening its doors for a new season of music and entertainment, starting on 17 June 2017 with A Journey Through Many Lands, presented by the classical guitarist, John Mills.  Tickets on sale now – Click here.

Regarded as one of Britain’s finest concert guitarists and a performer of international repute, John Mills has studied with John Williams, Julian Bream and Andrès Segovia. A renowned classical guitarist, he has performed around the world, famed for his brilliant performances of Renaissance, Baroque and Spanish Guitar.

Born in Kingston-upon-Thames in 1947, Mills first studied guitar at the Spanish Guitar Centre, London and later at the Royal College of Music under the professorship of John Williams.

In the summer of 1968, having been awarded a grant by the Spanish Government, he travelled to Spain to take part in the famous master-classes given by the legendary Andres Segovia, held in Santiago de Compostela.

Working largely as a soloist during the 1970s and early 1980s, during which time he appeared in a large number of radio programmes for BBC Radio 2, 3 & 4, he also recorded several albums, as well as performing in over 25 countries.

John continues to perform internationally, as well as giving frequent master-classes, seminars and workshops. Aside from his teaching and solo performing career, he is also very active in the field of chamber music, with duos consisting of guitar and violin, harpsichord, piano, voice, and his renowned “music for two guitars” with his wife, Cobie Smit.

A Journey Through Many Lands is a solo performance incorporating the works of some of the world’s best loved composers, including Bach, Haydn, Rutter, Villa-Lobos, Barrios and more.

About The Music Room

Located at The Old Barn, The Music Room is part of the original Foyle Riding, historic home to renowned cellist, Beatrice Harrison.

It was made famous by the BBC for its The Cello and the Nightingale recording, the first ever live outdoor broadcast of Beatrice playing the cello with the nightingales.

The duet featured famous cellist Beatrice Harrison, who had recently performed the British debut of Delius’s Cello Concerto, written especially for her. Frederick Delius and his wife Jelka are also buried in the churchyard of St Peter’s in Limpsfield, close to their friend Harrison. 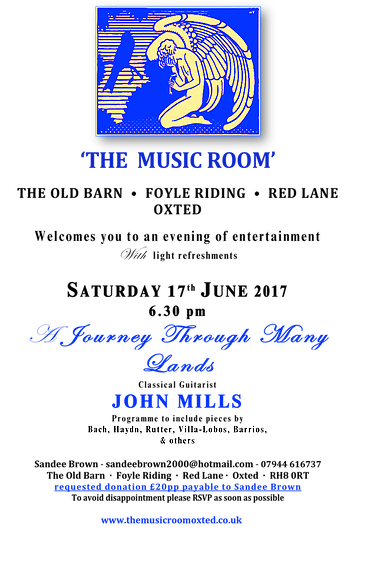