This Remembrance weekend, the fabulous Threadbare Theatre company will take to the boards once again at The Crown Old Oxted, to show their brilliant production, The Great War As it Was, a fun, yet thought-provoking music-hall style show based on accounts of WWI.  Here, we talk to the hugely talented cast, Andrew Candish, Matthew Winters and Felicity Gordon (and Bella the theatre cat!).

“The Great War as it was!” is both theatre and musical – has that made it more challenging?

Matthew: Yes! It’s been more challenging preparing multiple characters for this show rather than just one, but each character has informed the others. They share a lot of similarities. From a production point of view this is great for the audience as it conveys how the same scenes were playing out in different homes all over the country.

Felicity: The show is made up of three plays and a variety of songs, so there was lots to learn! However, it means that you don’t stop during the performance and get to have loads of fun in varied roles.

Andrew: It’s exciting to find the different characters. They are each really different. Acting is like being a detective; finding new things in the text all the time and seeing these people emerge. The music hall theme is really useful as it links it all together as a period piece with the songs so we and the audience feel we are ‘there’, but then the songs speak very powerfully in context. I’d be lying if I said it wasn’t an actor’s dream working across so much tremendous material in one show.

What’s it like working on scripts that are 100 years old? Do you approach it in a different way to something modern?

Felicity: I approached these plays as I would any modern play. I think the process is basically the same – work out what your character wants in each scene and do that! However in order to work out their particular motivations it helped to do research on the period so that we could understand the beliefs and behaviours of people 100 years ago. We were very lucky to have Dr. Helen Brooks from Kent University on board.  She’s a specialist in the First World War.

Matthew: I really enjoyed the opportunity to learn about the war. I knew very little about it and it was fascinating, scary and moving to learn more. The idea that so many young men returned having killed people is just baffling when you really think about it. How would it change you? What parts of you would change and what parts would stay the same. These are all questions I had to ask.

Andrew: There’s a lot in there that speaks of the time they were written, the relationships between boys and their elders, the expectations and position of women, it’s a different world. But at the same time they speak very clearly today. We spent a lot of time in rehearsal finding things that we can relate to today. For me it’s the characters in the plays dealing with such a massive upheaval that is so beautifully realised. These fathers, mothers, sons, husbands, wives going through a huge turning point in history. All the issues are still so relevant. We spent time on how they would sit and stand and speak, and how they would smoke, and how they relate to each other, but there is a lot in the scripts that hasn’t changed today. These scripts are very special, because they are time capsules and it’s been brilliant working on them. 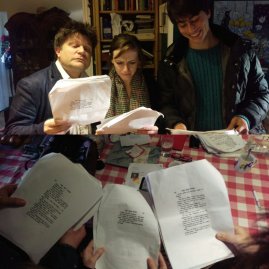 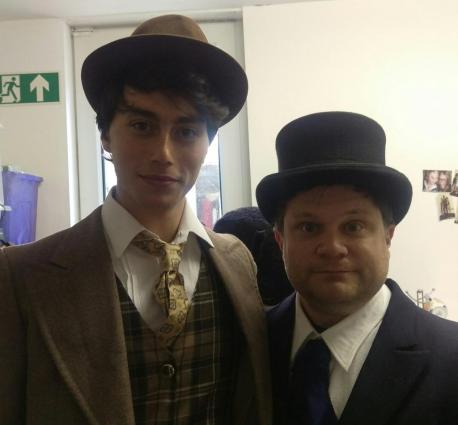 The Great War as it Was at Bluehouse Festival 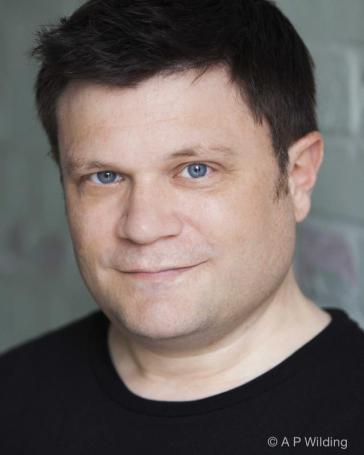 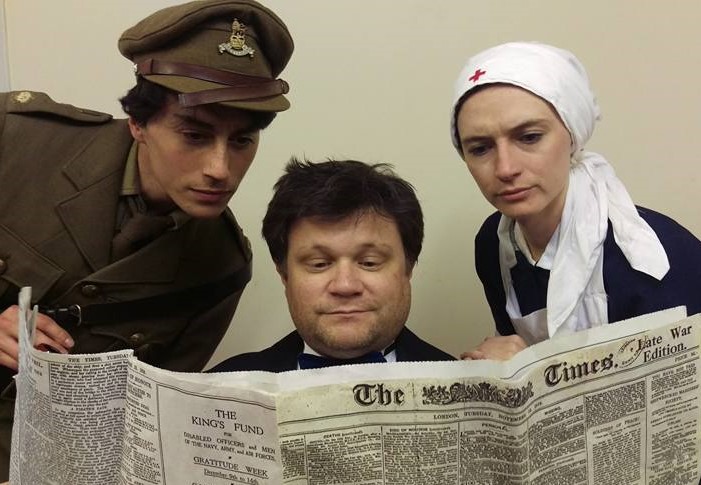 Felicity and Andrew, you’ve performed here in Oxted before…and you came back for more!

Felicity: Yes, This is my third time performing in Oxted with Threadbare Theatre. We performed some of the pieces in this show last year and later revived parts for the Somme 100 centenary in Manchester. I also worked with Lucy (Linger Moore) on her own play OffRoading earlier this year, which is partly set at The Crown Inn, so it made sense to perform it there too!

Andrew: I was here with Flic last year for the first show. We had the marvellous Alex (Gordon) then instead of the equally marvellous Matt 😉 We had great fun and worked incredibly hard, which is really what you want from any acting work. The Oxted audiences were very receptive, so I came back for more!

Felicity: The audience are locals and are very friendly and welcoming. It’s a very intimate experience. People will chat to you after about how the play affected them, which is very helpful and lovely.

How did you first come to be working for Threadbare Theatre?

Andrew: I trained at Drama Studio London with Alex Gordon who grew up in Oxted and was in last year’s show. He suggested Lucy audition me which was lovely of him. I came down for two auditions and Lucy said yes on the second, and ‘since you’re here we might as well start rehearsing’. I don’t seem to have left Lucy’s rehearsal barn since. But there is coffee so it’s all good.

Matthew: I also knew Alex, and when he realised he was going to be away touring in Germany he recommended me for casting. And I’m very glad he did. Threadbare is a company powered by the relentlessly energetic brain of Lucy Linger. It has been one of the greatest experiences of my career working for her. Each day is a mental and emotional workout. She is also very nurturing and open which allowed me to go to vulnerable places, particularly as I have got to know her more.

Felicity: I came to know Lucy through a mutual friend who recommended her company to me. I emailed Lucy saying ‘Hi I’m an actor and am wondering if you are casting for any plays at the moment’ and luckily she said yes!

Andrew, your latest film is going to be premiering at the BAFTA-qualifying Underwire Festival and Matthew, you’re filming a feature film at the moment that’s going to be on DVD, Amazon and Netflix next year (hurray!)… How do you choose what you want to work on and do you prefer Film, TV or theatre?

Andrew: Well that’s the question all actors would like to be able to answer. It’s hard to be in a position to choose, as there are a LOT more actors than there is work. I think work leads to work. If you enjoy working with someone you are more likely to work with them again and work with people they know.

Matthew: When evaluating if a project is right for me I think about loads of things. The text is very important. When a text isn’t good actors have to work twice as hard to give the production more substance and even then you can end up with something which is not stimulating.

Felicity: I prefer working for theatre as I love the live interactive aspect. You can feel the audience’s presence and their reactions to things which I love.

Andrew: Theatre, screen and voice work are each very different, and I love the challenges in each one. I think theatre is my favourite, because you can sense how your audience is responding. That’s quite a special experience – sharing something with a room of people who are each responding in their own way.

Matthew: I grew up watching films and it was my admiration for film and TV actors that made me want to be an actor. However like most actors I started off on stage and my training was predominantly for theatre. Having now worked on both sides of the fence I love them both in different ways. You have to be much more self sufficient on screen. Everyone on set is focusing on their own jobs. Sound, camera angles, continuity etc. You have to come with an offering you have worked on yourself. With theatre you have weeks of rehearsal and work closely with a director. You then discover the play each night for the first time but with a whole world around you that is shared with everyone on stage.

After creating this show in Oxted for an audience of 60 in a marquee, you’re now going to be taking it to a 950-seat theatre. How are you feeling about this and will it affect your performance?!

Andrew: Hahaha. Who knows! I’ve seen a photo of the auditorium – 950 red velvet seats and gold leaf circle and balcony. I think I will giggle the first time I set foot on that stage. It will be special.

Matthew: I am incredibly excited to perform at Brighton Theatre Royal, especially because it is my home city. I am interested to see how our performances will change in a larger theatre. I am a stubbornly truthful actor but am aware of the new challenges I will face during this process and hope the truth of the characters will not be compromised by the need to reach the audience up in the gods.

Felicity: We normally perform the show in very intimate settings so will need to adjust it for a larger space however I think that the music hall style lends itself to both smaller and larger audiences. I’m looking forward to getting them all singing along! It’s very exciting!

Thanks so much for talking to us. Break a leg (but don’t, not really)…

“The Great War as it was!” is on at The Crown Inn, Old Oxted Armistice day Friday 11th November – Remembrance Sunday 13th November at 8pm (and thence to Brighton Theatre Royal, Saturday, 19th November!)

Food is available at The Crown beforehand. 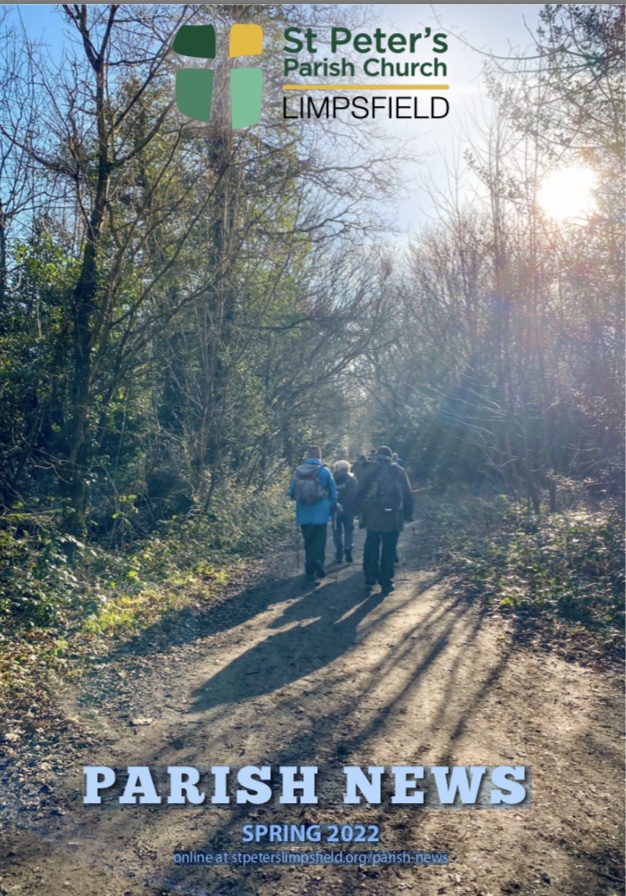